A taxidermist in Cantal

Home
>
Press
>
A taxidermist in Cantal

This craftsman from Cantal performs monumental taxidermy... on a giraffe

Far from the usual squirrels and foxes, Jordi Soler sees taxidermy in a big way in his workshop in Neussargues. He has even made a giraffe.

With Jordi Soler, we enter the singular world of a profession that gives eternal life to animals of all kinds: taxidermy.

This is an art that depends very much on the creativity of the taxidermist. The staging of animals is the result of a subtle balance between realism and artistic sensitivity. It is a matter of taking the skin, which must be intact, and then passing it through successive tanning baths

Then comes the sculpting of a shape to the dimensions of the animal, in polyurethane foam on which the skin will be sewn. Made to measure, therefore. 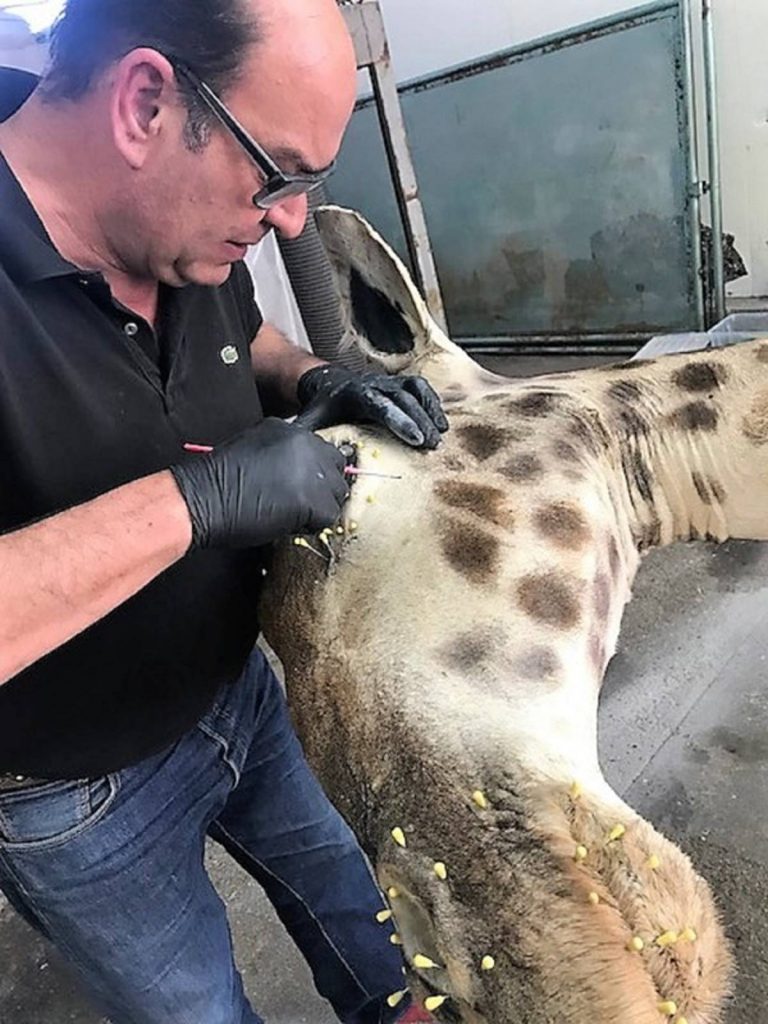 Since he started, the Catalan entrepreneur, who has been based in Neussargues for two years now, has helped to give many dead animals the appearance of life. “Each time, we have to delve into the study of their anatomy, analyse the way they move,” he explains.

And nothing stops the craftsman, at least not the size of the subjects. As proof, he has just made a 6-metre high male giraffe. The animal, which died in an African reserve, is destined for a French client living abroad. Its skin was dried once, on the spot, then transported by plane in a wooden crate, strictly checked by customs. The taxidermist tanned it and took its dimensions to make the sculpture. 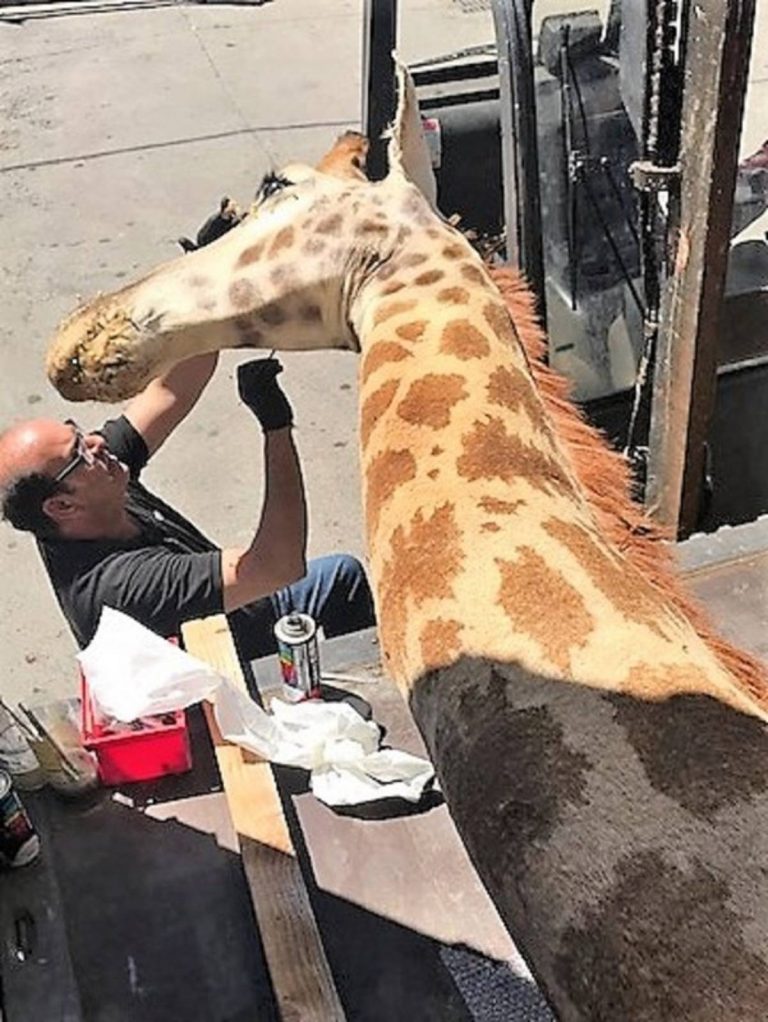 He first built the internal structure that replaces the bone system, using polyurethane foam, roughly taking the shape of the animal. Once the shape was made, Jordi proceeded to the assembly: the skin, prepared, was applied to the sculpture, pulled to fit the shape, carefully glued and sewn by hand with needles and poissé thread. After the piece has dried, the finishing touches are made.

To reconstitute the features, the man has his secrets, and above all his almost innate know-how. He is an animal sculptor: ear cartilages, jaws, nostrils, eyes, legs…

The most critical moment? Surely the installation of the eyes, which are made of glass.

“The look is everything! If it’s not natural, the whole set-up is a failure. The last step, which is similar to a make-up session, is also essential. Jordi delicately applied the coloured paint around the eyes and made small corrections. The result is stunning!